The power of words

Stick and stones may break my bones but words will never hurt me.

I used to sing this nursery rhyme each time my children returned from school angry and sad because some kid in school had taunted them with name-calling.
No matter what I said or how I tried to persuade them to ignore these name-calling taunts, it never quite worked.
Despite their best efforts to put on a smile (maybe because they wanted me to stop singing and persuading), they couldn't really mask their anger. Instead, a sense of sinister aura was prevalent.

Usually they would linger on the sofa with their school uniforms' still on while I would be rushing them to shower and get ready for lunch. But not on these days because they would be eager to be out of my sight and confine themselves in the solitary of their room, where they can plot on getting even with the kids who caused them shame. On any other given day I would have relished such peace and taken advantage of it with a long and overdue uninterrupted nap but NO! My bloody mummy genes wants me to stick around in case they needed me.


It took me a while to realize that I don't follow what I preach. In all honesty, at times (more often than not) I get so worked up when I find myself in the similar situation as my children. Name-calling may not affect me but there are many other instances that do. So, who am I kidding?
I, the so called adult who is supposed to be more rational and matured as explained in Child vs. Adult, can get affected with words hurled at me, so how can I then expect my young children NOT to be affected?

It's about time I ditched this phrase and start realizing that words can truly hurt, even the younger ones, ESPECIALLY the younger ones. This phrase should be changed to; Stick and stones may break my bones but words will break my spirit.

Words, once hurled cannot be retracted

A couple of months back, I realised my eldest child who used to come to me for almost everything had suddenly stopped. Instead, she started asking for her father and became rather quiet around me. If any conversation was struck between us, it always turned into a battle of wits with sarcastic answers or responds from her which felt like nails going across a chalk board. It made me so mad that I wanted to bury my head in a tub of water and scream.
When I confided to my husband, he told me that I had been very harsh and hard on them. I was always very quick to judge and blame. That I would have blurted a mouthful of regrettable words even before assessing what had actually happened. I knew then, I had to change and be more careful with my words. I hoped that she would change too because this was not how I envisioned my relationship to be with my daughters.


It's never too late for a change.

I began paying more attention to the way I spoke. I even stopped being rigid and difficult. I told myself that it was OK if the house was untidy or for them to snack (sometimes) in front of the TV. They would still be responsible to clean up but I wouldn't blow my top off if some crumbs were still visible.
It was also fine if they wanted to get wet while watering the plants and leave a trail of muddy footprints all the way to the bathroom. 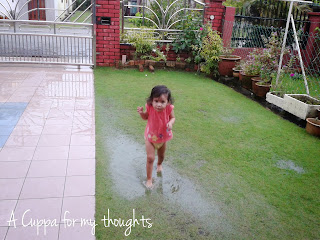 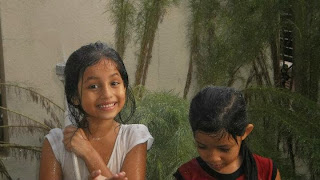 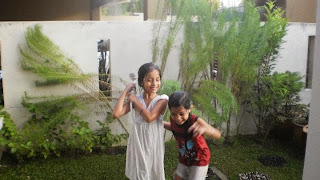 It sounds very trivial but if you are obsessed with always wanting a clean and tidy house, it can spell mayhem because my mood gets affected with the way the house is.
An untidy house means clustered thoughts and this leads to me forgetting my new mission - to stop shouting, not be harsh and be more careful with my words.

So every night, I would get the kids to help me put things where they belong and voila! This has helped tremendously. Waking up to a neat home gives me a good feeling. I function better too because there is no nagging voice at the back my head rushing me to clean up the mess (I don't function well when I get stressed and all worked up).
This new routine is a keeper because my kids have started showing a lot of initiation. They would pick up toys and put them in the right place. I used to find the dirty clothes everywhere BUT in the laundry basket. But now they would in the basket and towel hung on the rack to dry.

It's a new beginning

Luckily for me, my change was accepted and now we are able to talk without arguing. Things are almost back to normal and she (my eldest) has started doing things and behaving the way she used too. She would put her head on my lap or cuddle up with me while watching TV. She has even started flashing her brilliant smile when she spots me standing at the school gate.
Communication has improved and it's wonderful to have my daughters back. We joke a little more and laugh a little louder.
It almost feels like falling in love, all over again.
Every year, friends and loved ones make new year's resolution but I stopped long ago because I could never stick by it.
Was it be because the resolutions I made were mostly crappy and unimportant? Perhaps.
However, this year (2014) I am making one. I am doing so because it is important and the future of my children somehow depends on it. I know I will have the will power to stick by it because I have already been doing it.
What about you? Have you made any resolutions yet?


Thank you for stopping by at A Cuppa For My Thoughts

Linking up with Greta