How many of you can remember Popeye the Sailor Man? Do you remember his power food? The food that transformed this ordinary guy into a strong and brave guy with bulging biceps and super powers to take out big bully Brutus and save his sweetheart Olive.
Just a mouthful of spinach was all he needed and he could do things no ordinary person can do. 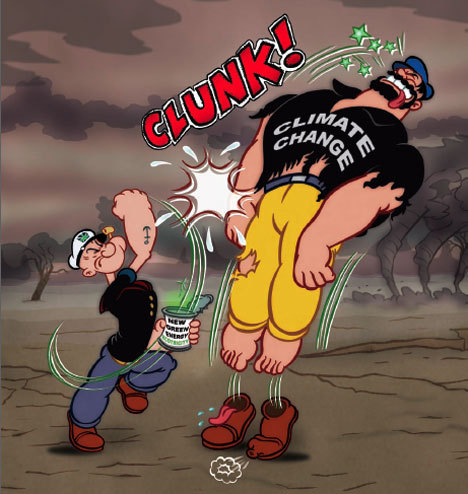 We didn't have spinach in can back then but my mom would make 'rajma saag' that looked a lot like the spinach Popeye would eat. I hated rajma saag but ate it anyway because I believed it would make me as strong as Popeye.


Spinach is a good source of iron (so is lentils and pumpkin seeds, to name a few). One cup of spinach gives you close to 7mg of iron. Children ages 4-8 need 10mg of iron daily.

I try to serve spinach as much as I can and it's quite easy to do so because it is very versatile and blends well with many recipes.


Unlike kale, spinach does not have a strong taste. I use spinach in my lasagne, pasta, pies, quiche, fried rice, soup noodles and fried eggs. You can eat it raw too. Add it to smoothies, sandwich, salads and roti.

Here is a breakfast recipe that has spinach in it. It is a good way to start your day and will ensure you stay full the whole morning - egg and spinach bagel.

After paratha, this is my second favourite. Although no salmon was added in this breakfast dish, you would be fooled to thinking there was. Served over onion bagel it worked very well but I think it would work on toast too. 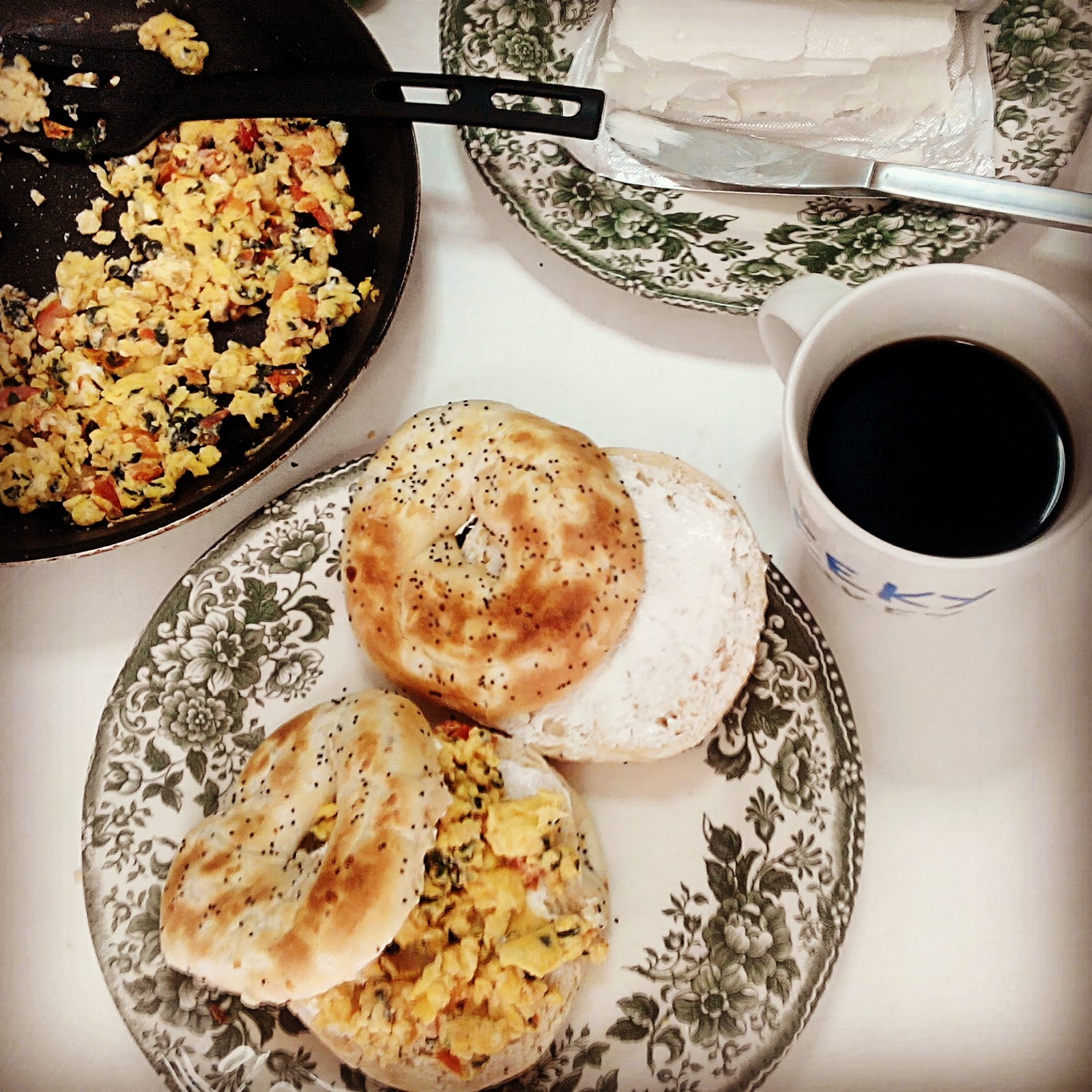 Whisk egg with salt.
Heat oil in a saucepan and sauté tomatoes until they sweat. Add spinach and stir for a couple of minutes before adding the eggs. Let the egg set before scrambling it. At this point you may flavour it with some pepper (I didn't because my toddler doesn't like heat). You may add some milk if your scrambled eggs looks a little dry.

Toast your bagel, spread some cream cheese (I used Greek cream cheese, it is creamier and thicker than Philadelphia cream cheese) and top it with scrambled egg. Serve with a freshly brewed coffee. 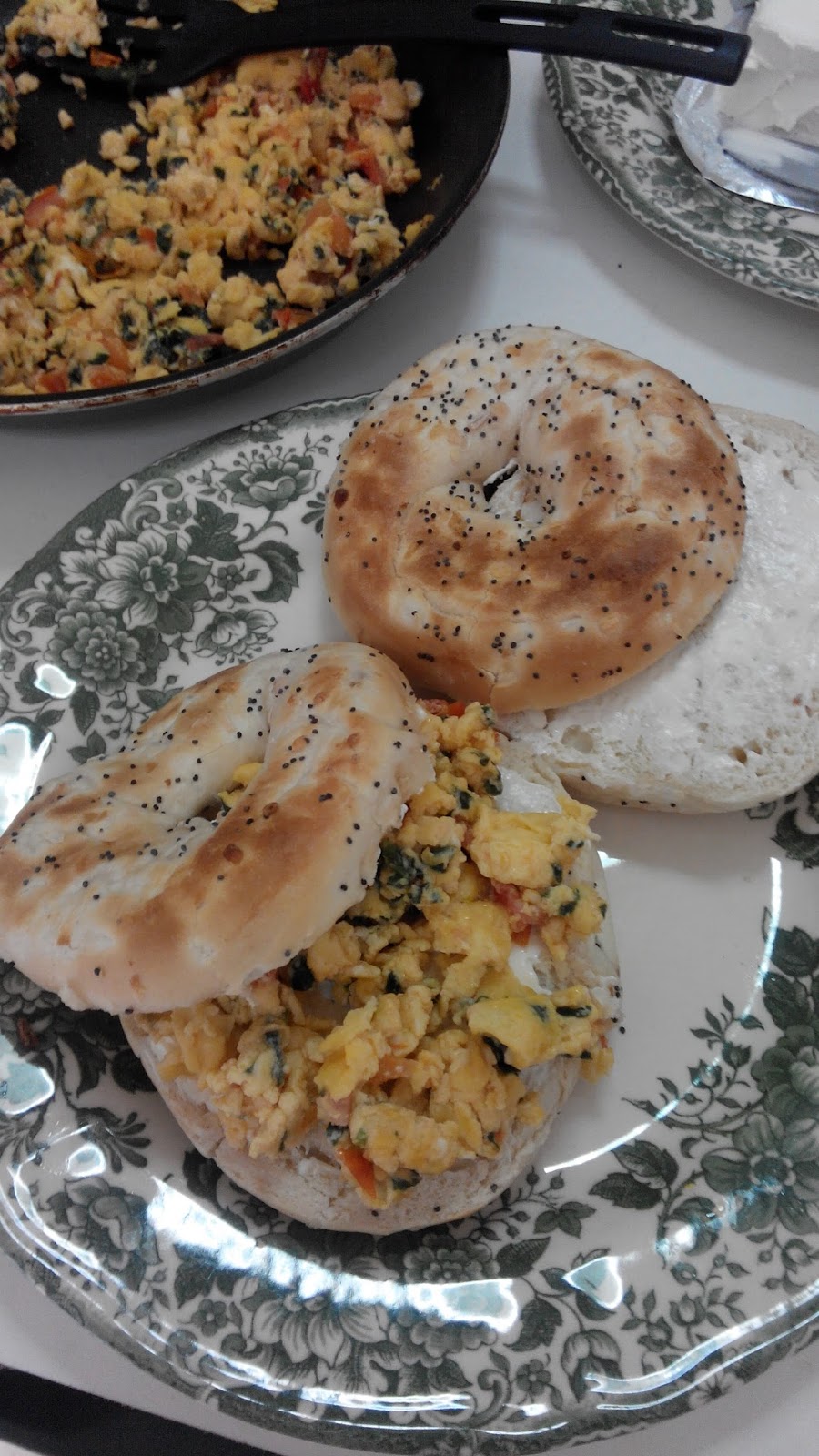 Here are some other interesting ways you can incorporate spinach...


Thank you for stopping by at A cuppa for my thoughts