These were the words I anticipated to hear before going for a live talk show.
I envisioned it to be like the scenes I have grown accustomed to watching on television. I was psyched at the idea of being able to came face to face with director, producers, screenwriter, costume supervisor and make-up artist but the reality was much less glamorous and toned down, compared to what I had build up in my head.

Firstly, I was comparing apples with oranges by not knowing there was a difference between a film crew and television crew. There were far more less personnel on the set and those three words, lights, camera and action, were not heard once throughout the entire show. I learned about floor manager, a.k.a the director and she gave instructions and directions to the crew (3 camera operators and an invisible team working behind the scenes), cast and guests.

We (my kids and I) were the earliest guests to arrive on set and were given a brief tour of the studio which ended when we reached the make-up room. It was everything I had imagined - brightly lit room with many mirrors that had light bulbs all around them, trays of makeup palette in more colours than I can name, different types of brushes, sponges and hair accessories!

The girls were ecstatic, speechless even when they were invited to sit in the soft cushioned leather recliner, so the make-up artist could transform each one of them into a dolled up Barbie. No matter how rugged and boisterous my girls are, all that changed in an instant. The big mirrors with light bulbs, beaconed my girls and guided them like a lost ship at sea towards the right direction. 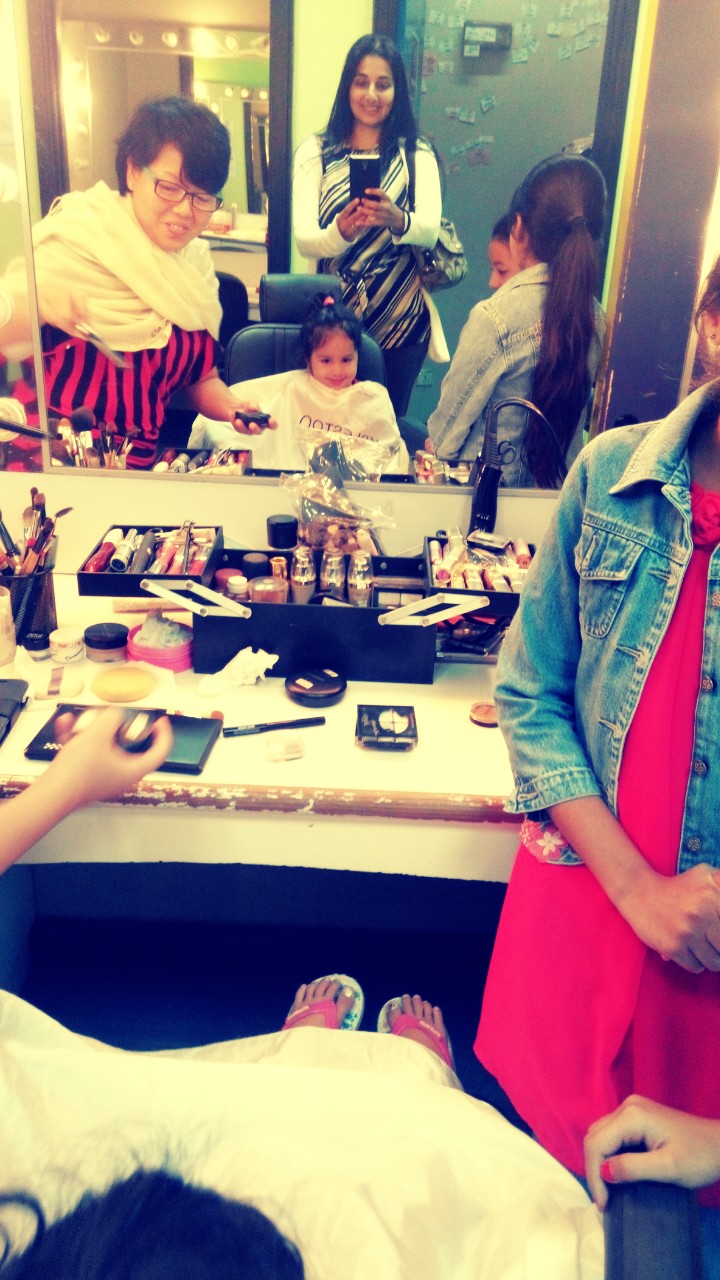 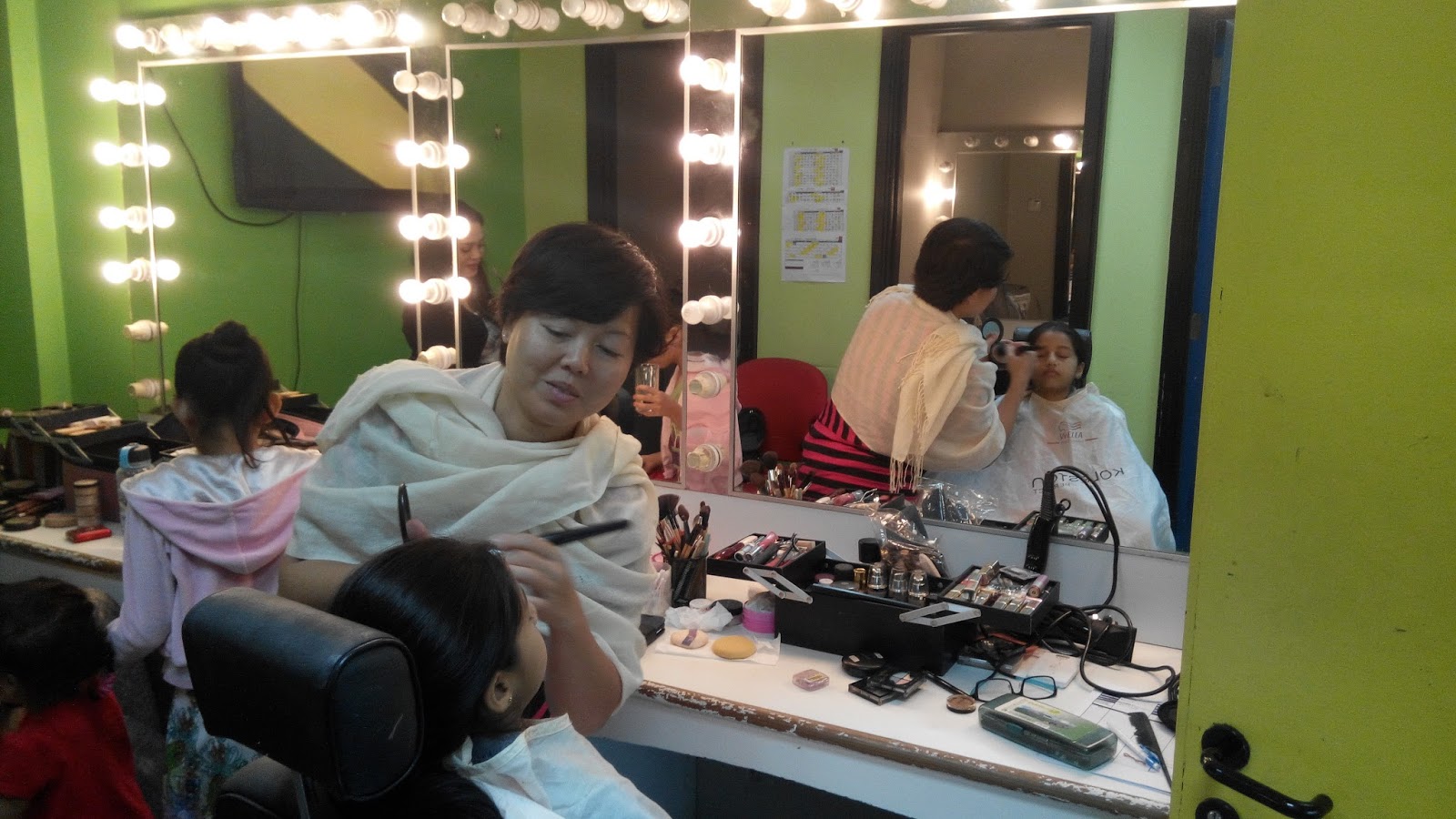 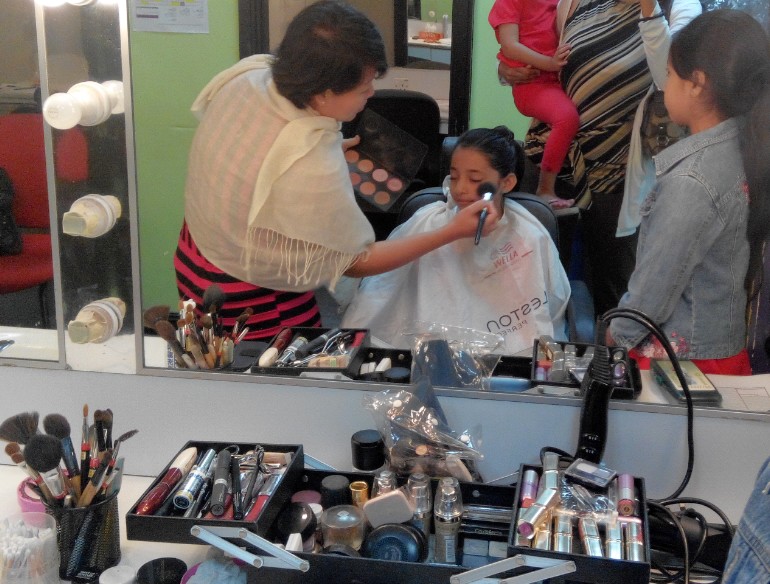 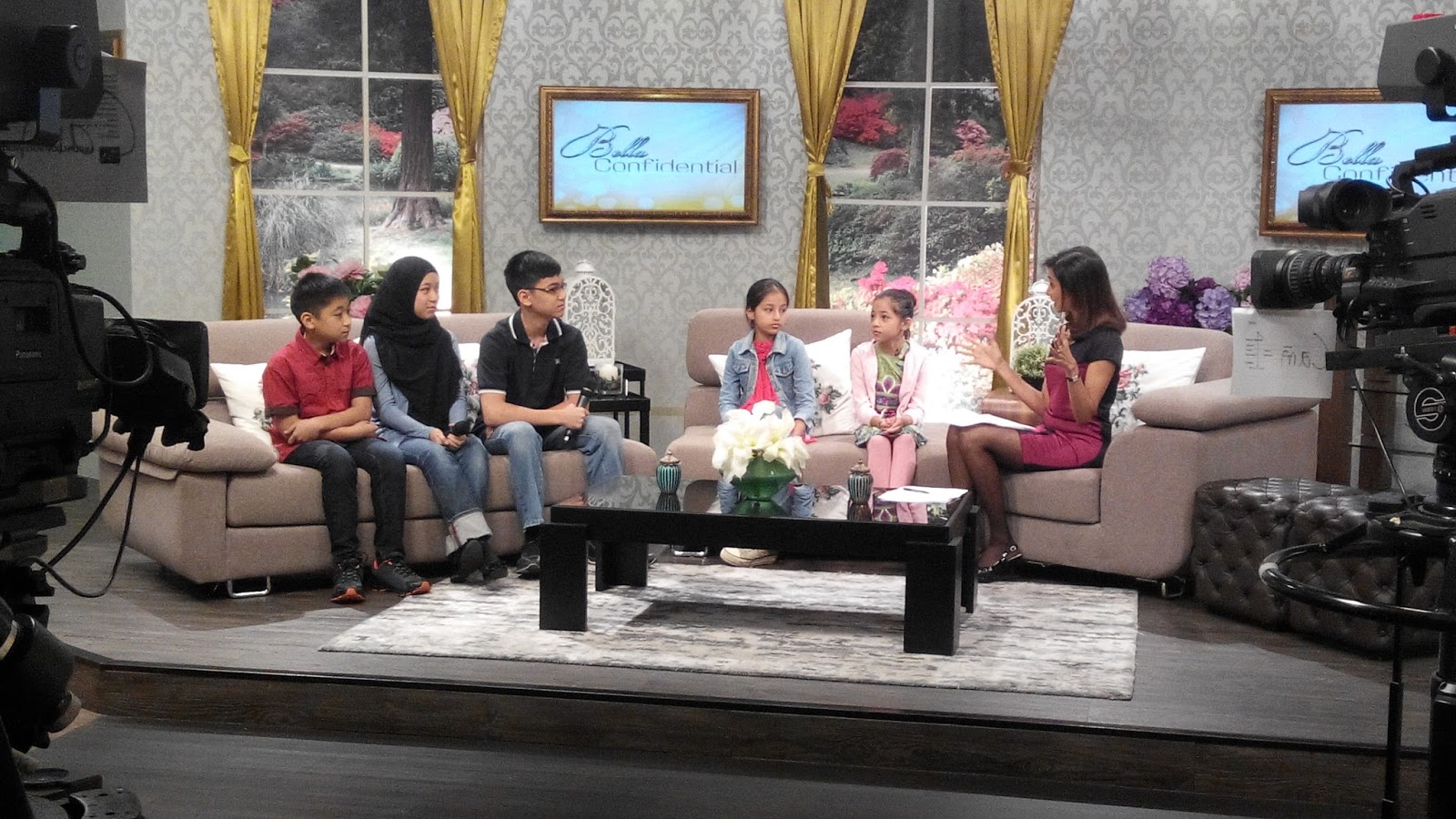 How to deal with competitive parents? (When winning is not everything)

Was the topic for this talk show, aired on Bella NTV7 (episode 242) and hosted by lovely Lisa Wong. It was aired live on 8 December 2014 but you can still catch the rerun on Tonton's website (only registered members are allowed to watch it but registration is open to all and this -direct- link only works on desktop. If you are using other devices, you will need to search for it under 'Latest' tab).

Initially, it took some form of convincing to get me to studio 3 and I am glad I went for it. I wasn't worried much about what I was going to say, it was what my kids would say worried me. My kids are born with the gift of gab and have proven their ability to say stuff that had me in uncomfortable situations, over and over again. Letting them appear on live TV, was a tad bit nerve wrecking and gut wrenching for my kids say the darnest things! 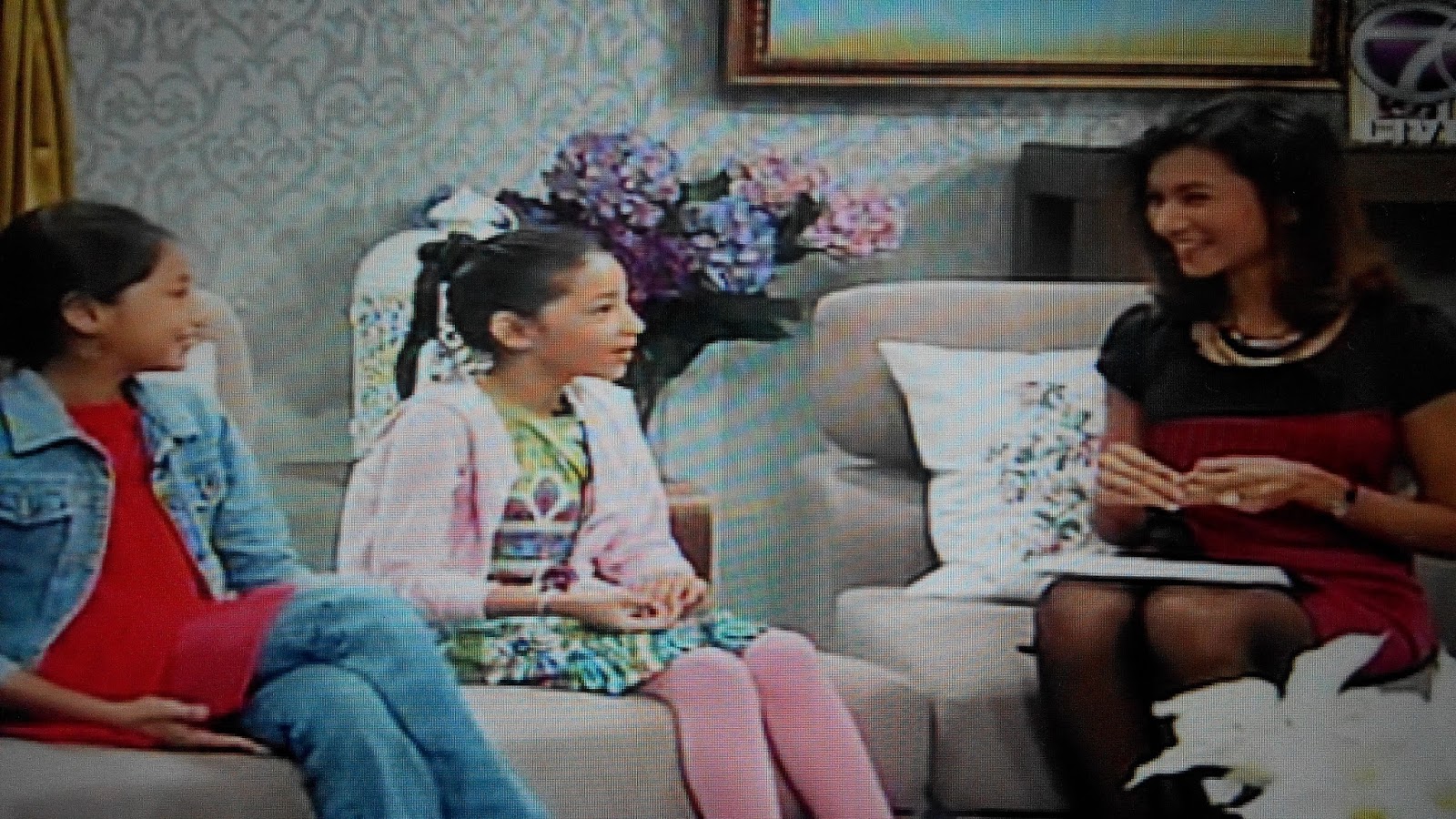 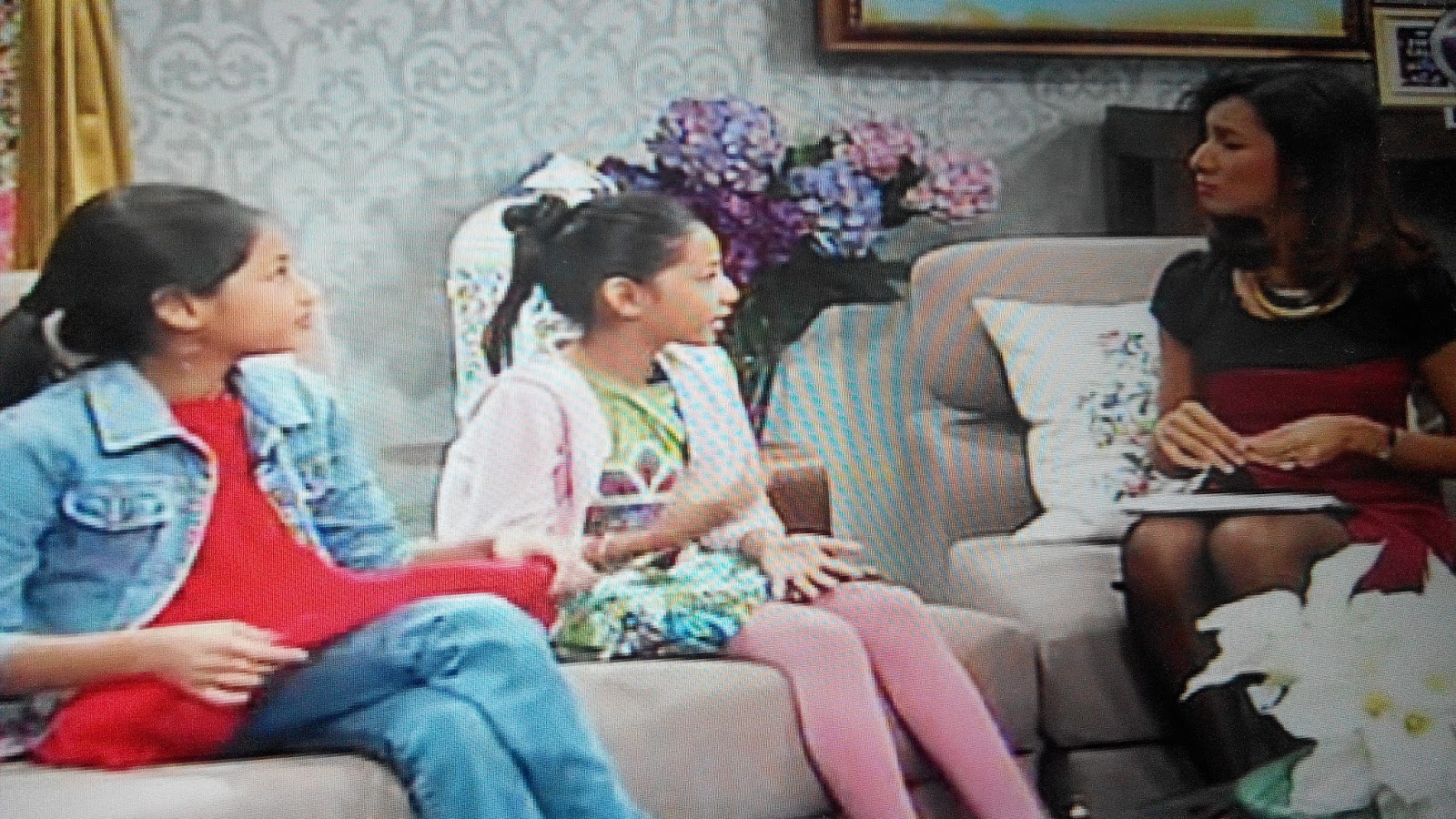 Alas, it was all put to ease and they proved me wrong once more. They were simply brilliant and appeared much wiser than I gave them credit for.
As I gathered my thoughts of the event that took place 4 days ago, I am glad I did it. It was truly a learning experience for my girls and I. The true star of being on this talk show wasn't so much the opportunity to appear on air but what we took along with us, as we walked out of that studio 3.

The girls had first hand experience and know now, what it takes to get a show on air. They saw the dedication of the producing team, the preparation work and efforts involved for a live TV show. They even had a chance to chat with the host before and after the show.
I am very grateful and believe I must have done something right to gain this opportunity to share a glimpse of TV life, no matter how short, with my children and you!

Thank you all for the lovely wishes, encouraging words and the many likes. Thank you for reading my thoughts. 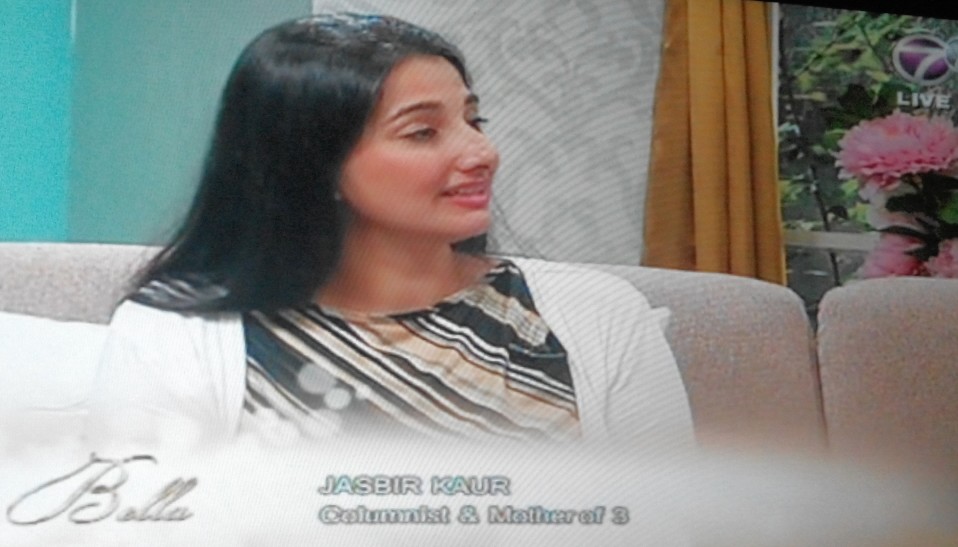 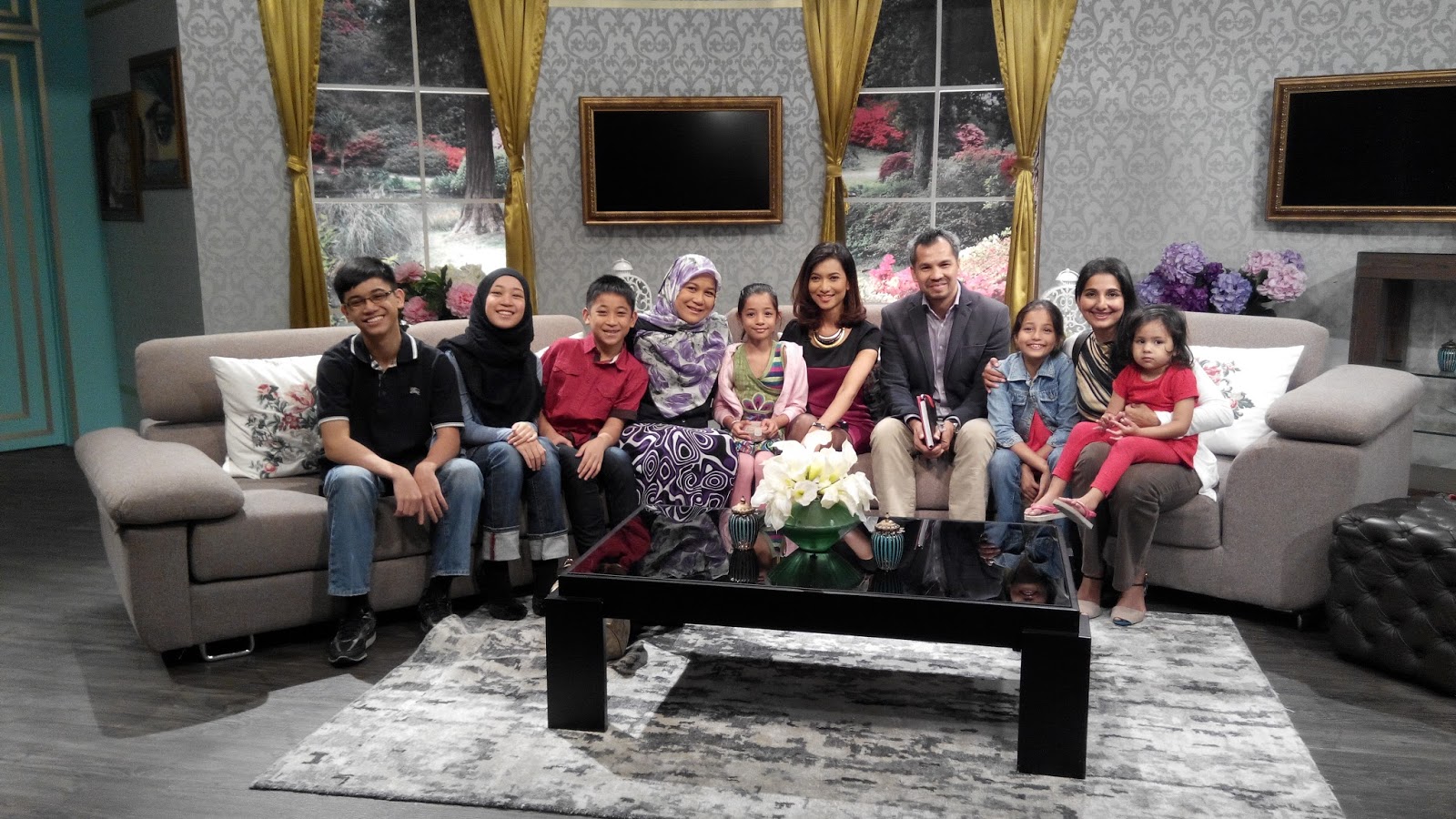 The whole team:
Lisa Wong (the host),
Zaid Mohamad (family counsellor and book author)
Mimi Johari with her children (a mother of six), and
myself with my girls.