I am all tuned out

It has been exactly 2 years, 7 months and 12 days since I had been tuned out or been out of touch with me. I did not notice this until recently when it was pointed out to me. I did not mind it either because this tuning out wasn't a hostile takeover. There was no distress signal nor panic SOS sent by my body or mind. It was so subtle that it became the new me, who you see today.

The new me went through emotional, physical and mental changes. Changes that didn't matter. Because all that mattered was the puny little being I was holding in my arms. A beautiful life that was bestowed upon me to serve and protect.

Each birth, whether your first, third or sixth, is unique and special. The nurturing too adapts to your current lifestyle.

My most recent birthing was the quickest and caught many by surprise, even my gynecologist. She (my gyne) was certain with the timing of my delivery and assured my husband that he had plenty of time to grab lunch and do all necessary arrangements for the baby's arrival.

I don't recall how long it had been since my husband and the doctor left me in birthing room but the stillness and peace turned chaotic when I buzzed a nurse to give me something to ease my pain. Although I made it clear that I wanted a drug-free, natural birth,  didn't matter at that moment because the contraction pain came every two minutes and lasted for one whole minute!

'Just give me something, damn it!'
I begged and then demanded because the pain was getting unbearable and I wasn't going to let myself endure this pain for the next 6 long hours - the doctor made it very clear that I would be delivering around 6 pm and it was only 1 pm when I asked for pain killers.

To which she responded 'Hold It IN! We are not ready!'
I had already dilated to 9 cm, so epidural was out of the question. Instead, she forced me to lie down and began dislodging the lower half of my bed.

To help me cope with my pain and to prevent me from pushing, because I was so ready to push, she gave me Entonox gas but forgot to mention that I should not inhale too much and too quickly.
Time seemed to have almost stood still and the pain was almost gone. Everything seemed to be moving in slow motion pace. It honestly felt like a scene from my favorite movie, Inception the van drop scene or the scene where Neo dodges bullets in The Matrix.

I only snapped out of my 'tripping' when I heard the anxious nurse screaming 'She's here!'
But I was still a wee bit mellow (wasted) and felt wobbly like a jello when the doctor finally managed to join in the fun. I barely understood what she was saying. All I could make out was PUSH, breathe and last BIG PUSH.

As soon as my angel was in my arms, all pain and drama had been forgotten. I held her close to my bare chest and could not believe how beautiful and calm she was. That immediately fast forwarded me to real time and I became very aware. Clutching her and not letting the nurse take her away to clean my infant.
As I let her lay on my chest, hoping she would start suckling that was when my husband walked in on us and stopped mid-way his loud announcement that he had Chee Cheong Fun for lunch. He was too surprised and became speechless when he saw us. He was a little disappointed too because this was the first time he had missed the birth of his daughter.

It is fair to assume a mother holding her second or third newborn to be an expert at parenting but it is not. Especially if you having a child after a long pause from your previous birth.

My chronicles with baby three began from the get-go itself.

Getting her to latch on was the toughest. Nothing seemed to help, not even my special breastfeeding pillow that came with many promises or my past experience (which by the way, were wiped clean off my memory circuit board). Breastfeeding is a skill but not like riding a bicycle skill, which once mastered cannot be forgotten.

I forgot all about breastfeeding and did not succeed feeding her. No nurse came to my aid because they must have assumed I knew what to do. 'After all, she is not a new mother', they must have convened and agreed upon.

After trying, for what seemed like a lifetime, to get her to latch on, I caved into my exhaustion and allowed the nurse to feed her formula milk. 'Just one feed, so mummy can recuperate', I promised my little angel as the nurse took her away.

There were no formula milk or baby bottles in my house because I wasn't expecting to return home with an infant. It was supposed to be a routine trimester check up.

The silver lining to this, it eliminated all temptations to rely on formula milk and forced me to exclusively breastfeed.

I shan't lie and say it was a beautiful journey from the beginning because it was just the opposite of that. There wasn't any magical breastfeeding moment nor did it look as calm or beautiful as the mother seen on breastfeeding posters - smiling lovingly at her infant latched onto her breast.

My face was a far cry from looking serene or relaxed. I loved my baby with all my heart but all I could think of was, for the breastfeeding session to end soon because she was latched onto me 24/7 and my nipples felt like a suction tube with a powerful motor was fixed onto it!

Relieve came only when she drifted off to sleep while suckling. It gave a small window of opportunity for me to heal my broken and blistered niples from being overly sucked.

But I am glad I stuck by it because breastfeeding is truly rewarding and has many benefits which you would see if you are patient and believe the wisdom shared by other breastfeeding moms. ‘It will only get better’, was the best advise I got and I stuck by it. True, it took a lot of sacrifices but it is all worth it in the end.

Anyone who is aware of the benefits of breastfeeding will encourage and some blessed souls will support you emotionally throughout your breastfeeding journey to overcome the hurdles together. I was truly blessed to have a few of them in my life. But it's a whole new ball game breastfeeding a toddler or any child older than two years old.
The enthusiasm shown when you are breastfeeding a newborn diminishes and some ignorant poor bastards even raised an eyebrow at my announcement that I was still breastfeeding beyond my baby's second birthday.

You will face a complete different set of challenges at this stage which mostly will be external factors and some might feel that it is their duty to 'educate' you. You will get unsolicited 'expert' advice such as 'she will become too dependent and wouldn't grow up with confidence' or my favourite, 'you are teaching her to be indecent by letting her expose your boobs like that in public!' For the record, it's harder for me to breastfeed her in public than it is for your to ogle but I will NOT breastfeed her in a public toilet. If you eat your food in a restaurant, I won't make her eat hers in a restroom. It is a simple as that.

You will receive tons of negative remarks, snides and funny looks but for the worth of breastfeeding, I endured it because the ease you get from breastfeeding is simply incomparable - imagine no more bottles, flask to carry hot water, milk containers and more that will only weigh down your diaper bag.
It's not all that bleak because there were days I received compliments and reassuring looks from some loving souls. This made it easier for me to breastfeed her anywhere, anytime.
There was a beautiful person who once sat in front of me because she saw me struggling to keep my toddler from pulling my shirt up and exposing my breasts. "Don't worry, I will cover you" were her only words. Tears rolled down my cheek because it was just that what I needed at that moment, some reassurance. I was too stunned by her act of kindness to even thank her.

Benefits of breastfeeding are not exclusive for infants, there tons for toddlers too. Some cultures encourage breastfeeding for as long you can. Does that mean I am going to breastfeed till my child goes to college? Perhaps but that decision is solely mine - but worry not, honestly I won't do that. My husband and I are anxiously waiting for her to say no to breast so I can tune it and start feeling differently about my body. But until then I will enjoy my intimate moments with my toddler. 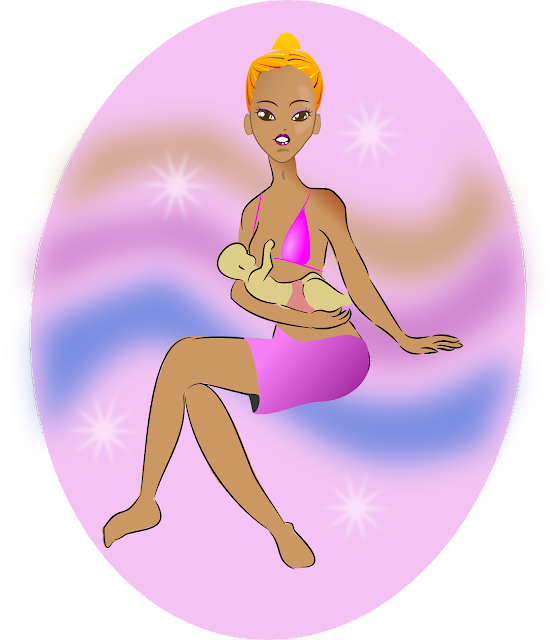 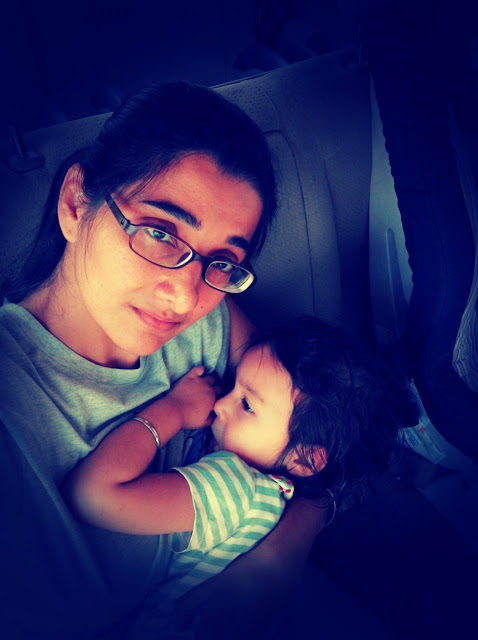