I am not a big fan of shoes, bags or makeup. Neither can I tell you which celebrity wears who or what. But I do know a good deal when I see one and today I had an offer, which was pretty darn silly to turn down.

I won a Jump-the-queue pass to The Big Cleo Shoe Drop 2014, which happened at Mid Valley and Sunway Pyramid. One would expect with such pass, you could jump the queue, right? So, I imagined myself waltzing down to the event just minutes before it started and being ushered to the front of the queue, beating many girls who probably had camped out hours before me. Stirring some emotions and gossips amongst those whose line I cut.

Instead I was sent to the middle of the queue, behind #69! What utter nonsense! Screamed my mind. "Ermm, excuse me. Aren't I supposed to be somewhere in the front, with this JUMP THE Q pass!?" But nothing I said seemed to register with any of the CLEO team member. Feeling defeated, I waltz my way to #70 instead.

Fortunately, I managed to grab a gorgeous pair of beige/blue Obermain shoes in the end. Even if the fun and excitement of beating everyone who came as early as 6 am was not there. Even after the element of I will be getting privileged treatment as the owner of this special pass was not delivered. Even if it was either a major miscommunication on their part and major misconception on my behalf, I still walked out of the queue, taller - thanks to the added inches on my Obermain. 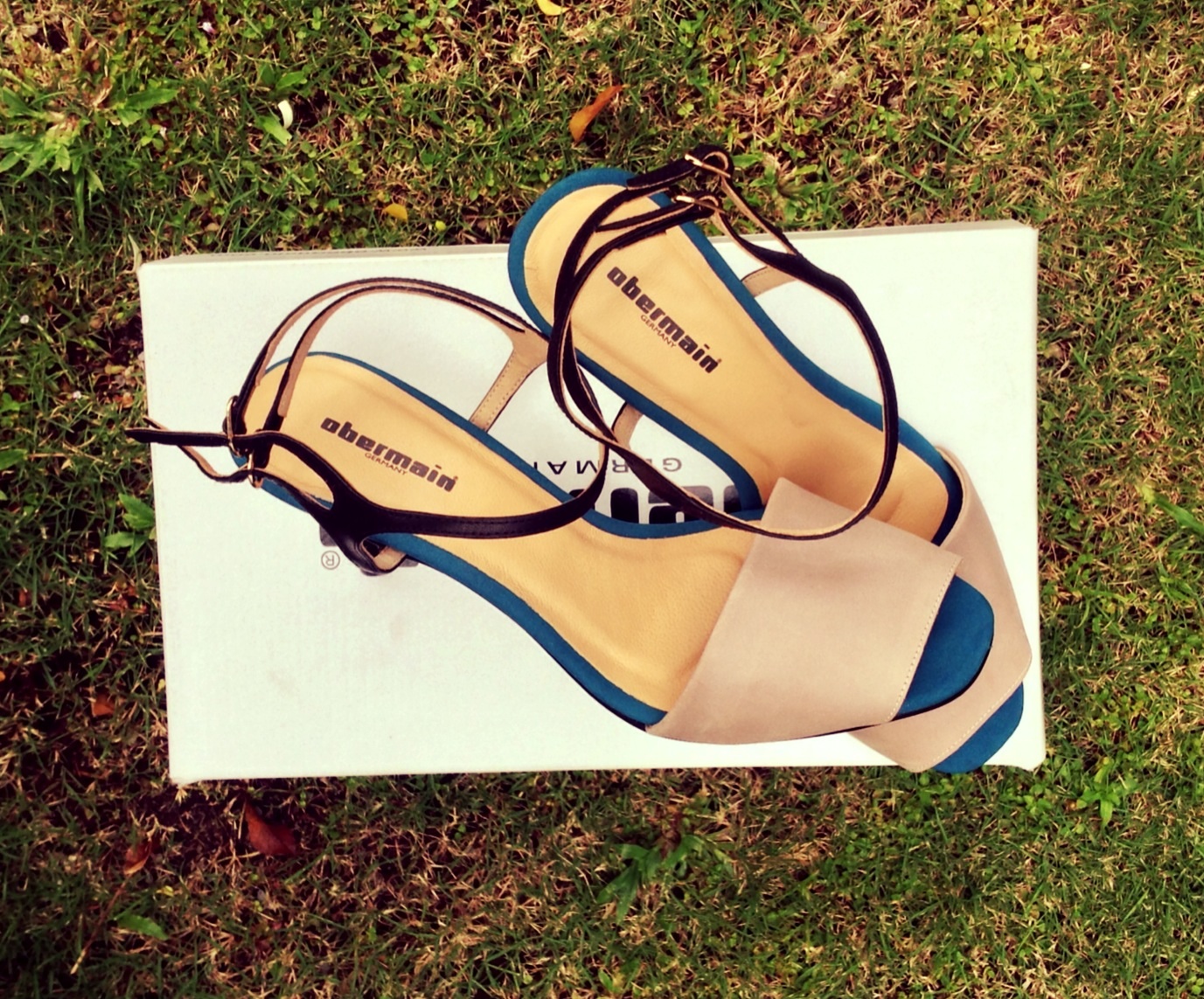 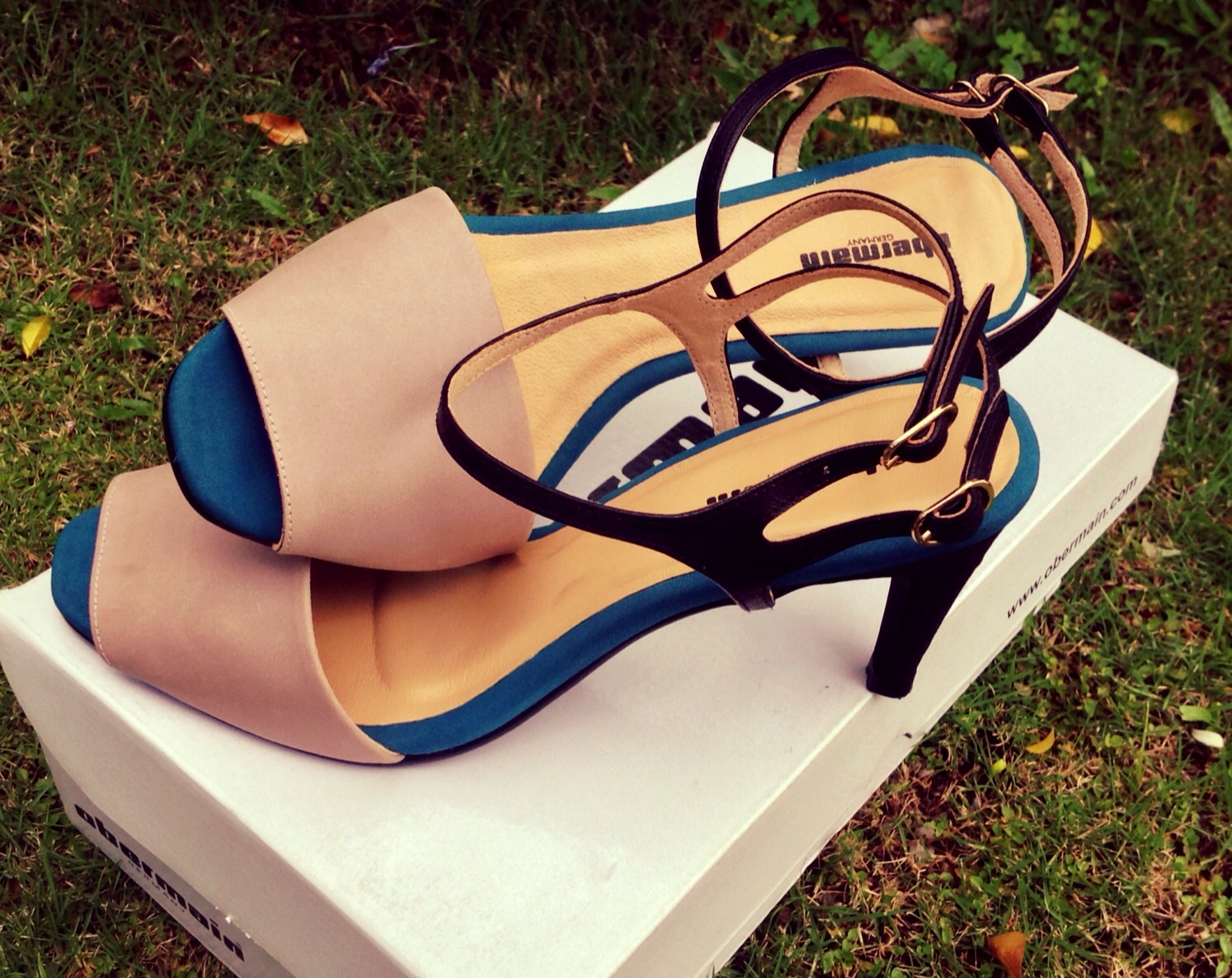 Although there were only 30 pairs of Obermain, I still saw many pairs longing to be picked up after I took mine. They weren't as sought after as some of the extremely high heels. The heel so high that it was sure to send you to an emergency room if you ever tripped in them!

Yet, it was amazing watching some girls trying to balance themselves in these heels like they were walking a tightrope. But sheer determination to own a high street runway shoes, preceded any fear of injury and they walked out like newly trained shoe models.

Scene at the event

Days prior to this event, I was imagining a scene of women clamouring and fighting to get the perfect pair, as hundreds of shoes came cascading down from a shoe store roof (my literal translation of shoe-drop). But I was pleasantly surprised to see shoes arranged neatly and grouped according size.

They had sizes for all, 5 up to 9(UK) and each size had plenty of pretty designs. Though I must confess, size 5 & 6 had many bold, quirky and a little uncomfortable looking shoes. But as I travelled up the size scale, I noticed more decent and wearable shoes. Shoes that didn't scream (shoes that made the outfit) and caused me to scream (in pain) either.

We were grouped in pairs of 5 and were given five minutes to choose one pair, put it on and walk out with it while holding your older pair in one hand and the shoe box in another. And that was it! It was easier than buying a pair during the Mega Sales that happens every year.

It took me about 20 minutes from the time I got my pass, to me walking out with my first ever Obermain pair, for free! Many came as early as 8am and had waited close to 2 hours before the event began. Imagine 2 hours waiting in a queue where no seat, water or comfort was offered, apart from some cheering.

Some came with families. But please, avoid this altogether if you are with young children because it was sad to see some children sleeping on the sidewalk curb because mommy HAD to get her pair.

All opinions are mine and mine alone. Please don't let my fashion sense for shoes influence yours because in life, I like everything simple and practical. 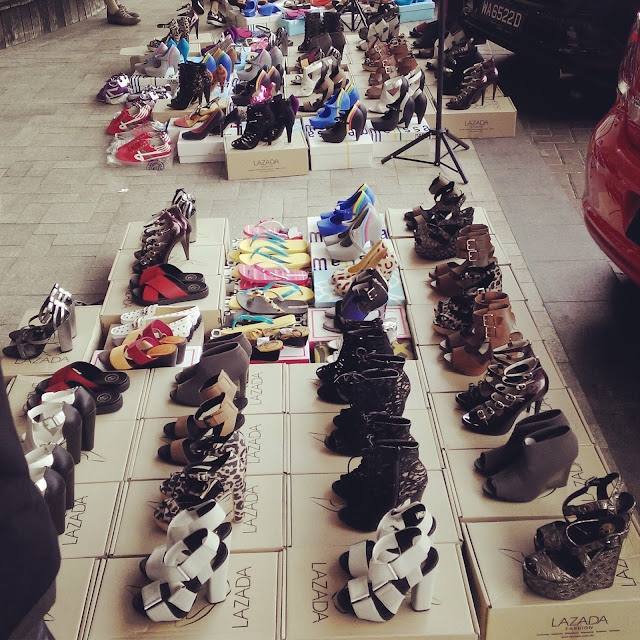 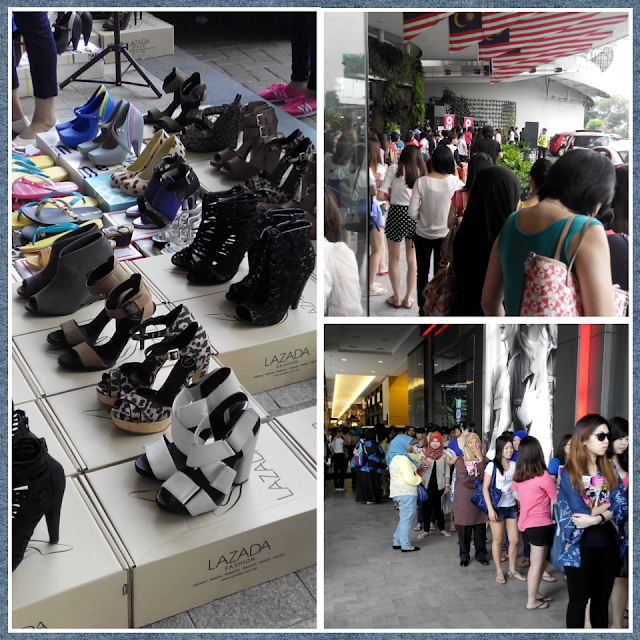 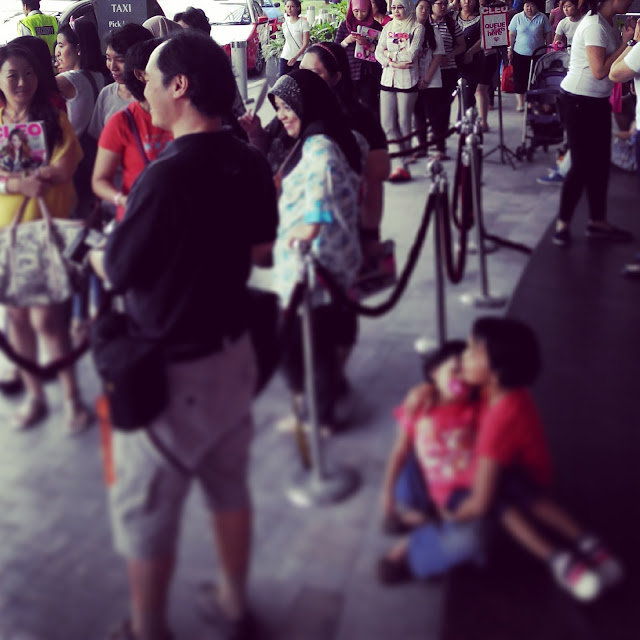 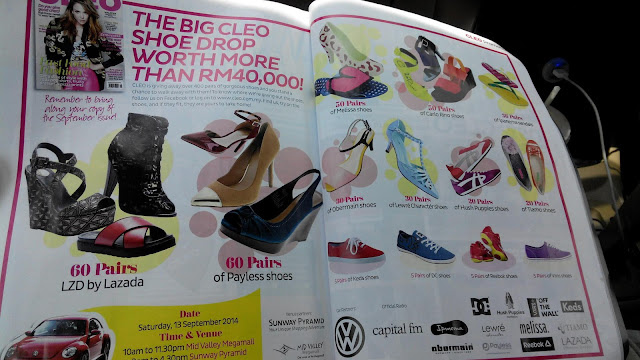 Follow me by email (fill email address here) to get new post notifications delivered directly into your mailbox or you could follow me on my Facebook page Life Simplified to get more recipes and tips in making life a little more laid back or we can connect via twitter.
Follow me on Google+
Thank you for stopping by at A cuppa for my thoughts
Posted by Jasbir Kaur Dalip (Beeray) at 23:50