The Soundtrack to out lives

The CD amazingly didn't look like it was stashed away for a good half a decade ago. The filament of dust was easily cast aside with a simple blow of my breadth. I smiled because I just knew there were some memories waiting to be unlocked by playing anyone of the 15 tracks on it. It was one of those compilations CD, adorned with classic soundtrack theme music from some of the movies I grew up with. Some of these movies were even before I was an appreciating movie aficionado, or so I would like to think of myself rather unashamedly.

Posted by Jasbir Kaur Dalip (Beeray) at 16:24 No comments:

Losing yourself in play

Unlike my adventurous drive to Kem Bola a couple of weeks ago, the drive to Temple of Fine Arts was much more pleasant; the advantages of a weekend drive. We even managed to find a parking spot right in front of the venue. Thanks to my skillful driver, we secured that spot because only he could have parked our SUV in such a tight spot, lodged between a big lorry and a minivan. A spot many dared not attempt.
It was full house and everyone was dressed to the nines for this play -"Kultar's Mime" a theatrical presentation using poetry, paintings and music, to tell a tale of four young children who survived the massacre of Sikhs in India (#1984SikhGenocide).

Posted by Jasbir Kaur Dalip (Beeray) at 16:22 No comments:

Email ThisBlogThis!Share to TwitterShare to FacebookShare to Pinterest
Labels: Has this ever happened to you? I've been caught my the misfortunes of this addiction. Minutes tune into hours, in a flash.

Why blend in when you born to stand out?

This post talks about how we loose sight of ourselves when we are not true to ourselves.
It's a big bold brave step to stand up for what you believe and fight on.
Just be you, it's brave to be you. 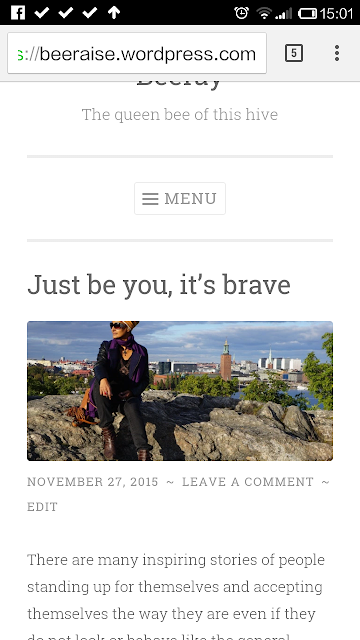 Posted by Jasbir Kaur Dalip (Beeray) at 15:21 No comments:

We have moved and you are invited to join the party

Thank you so much for following me and my verbal diarrhea on this virtual journey. It has been exciting and I am very grateful for all the love you have shown me.

The time has come for some changes, mainly because my blog name A Cuppa for my thoughts has proven to be a bit of a tongue twister and gets mixed up. My blog address http://beeraycoffeethoughts suffers the same problems.

So the best solution to this problem and to help you remember me easier, I have decided to rename and move to a new writing platform. I have re-branded myself and am now known as..
BeeRaise.

The reason I think this new name rocks is because;

Sorry, I know I have used the word diarrhea twice (thrice if you count this one too). I sound a little cray, cray but I am not crazy. I just write crazy stuff. Stuff that comes to me in the most unexpected and inconvenient time possible.

So if you ever see me writing notes on my tissue, grocery shopping receipts or on other pieces of paper, that's me thinking that I have gotten the next brilliant post idea that will be a sure entry for Huffington Post.

To cut to the chase, please follow me and stay tuned and please carry on reading and commenting and sharing and yada yada yada with my new website. It's got cool new'er stuff and I promise you shan't be disappointed.

It's (drumrolls please....)
Beeray (click here and my genie will take you to my new hangout)
https://beeraise.wordpress.com/

Posted by Jasbir Kaur Dalip (Beeray) at 15:45 No comments:

'Knock, knock, knock'. My knees shook and my heart was pounding when I opened the door. How could this be? She is dead, she is gone. There is no part of her physical being left. She cannot be the undead because there is nothing of her left when we washed her ashes along with some ritualistic mumbo jumbo at the Gengi River.
I know it is the 31st of October, the day we celebrate the dead but this just cannot be. I had to pinch myself to make sure I was not dreaming. The pain assured me I wasn't. So now came the big test, I had to pinch the person standing at my doorsteps to make sure she wasn't a fragment of my imagination.
"Ouch!" she screamed. "What the hell is wrong with you!?" she glared.
In 28 days and 12 hours she had transformed herself like a witch. Dressed in clothes that were given to her just weeks ago, she had completely made herself to look exactly like her sister who had just died 30 days ago.
She stood there, with a bag of clothes in one hand and some food in the other. She welcomed herself into the house and went about placing her belongings like this was her place. She was no longer the sad aunt who bawled her eyes out at her sister's funeral, this was a woman with a purpose.
A purpose of possessing what had been left behind by her sister. It didn't matter if she was about to break so many rules, she had her mind set on winning at any cost.
No one could say what magic she had worked but the house in which she was a mere guest had suddenly become her slave. Enslaving everyone and everything in it. Like poison ivy, she was slowly killing the life of the house.
We knew it was wrong. We would congregate and speak vehemently about it but no one was able to voice it out. We were grieving over the loss of a dear mother, sister and wife. It was a delicate situation that needed time and proper planning before execution but all that seems futile now.
Now that she has completely transformed herself, there is nothing we can do about it but wait for a greater power to release everyone and everything in that house from her spell. Until then we shall watch the drama unfold itself, layer by layer as she sheds her skin revealing a little of her true self every time someone dare cross her.

We are moving to a new site, please head over to 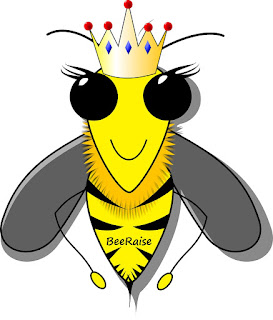 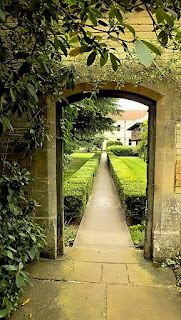 Imagine clear vision
the moment I open my eyes
No more fumbling
for my prescribed glasses
Painless refractive surgery
is all I need
It's very safe, said the eye specialist
but you'd need to sign this disclaimer form
for Lasik complication first